(Click to read the report from the RPG session, which is supplemented by this text.)

In the last days of April 2017, I came up with the idea of running an RPG session (or sessions) during the May long weekend in the so-called sandbox style, described i.a. here or here. In 2016, I run several such sessions of Warhammer Fantasy Roleplay II edition (WFRP II ed), but despite all my liking of the Old World (and especially Border Princes, where the action of those sessions took place), I wanted to try another setting, and more importantly, another system.

At the time, Michał Dzidt, presented the early version of his own system, which he called OHET. I looked through this short rulebook and found that it suited my needs to a great extent. In OHET there are no experience levels, or health points, or the range of weapons and spells carefully measured in meters (or worse, Imperial units). Only 2 out of 6 possible test results are plain, “succeeded/failed”, and the other 4 results force the Game Master to be more creative, which encourages a varied gameplay. 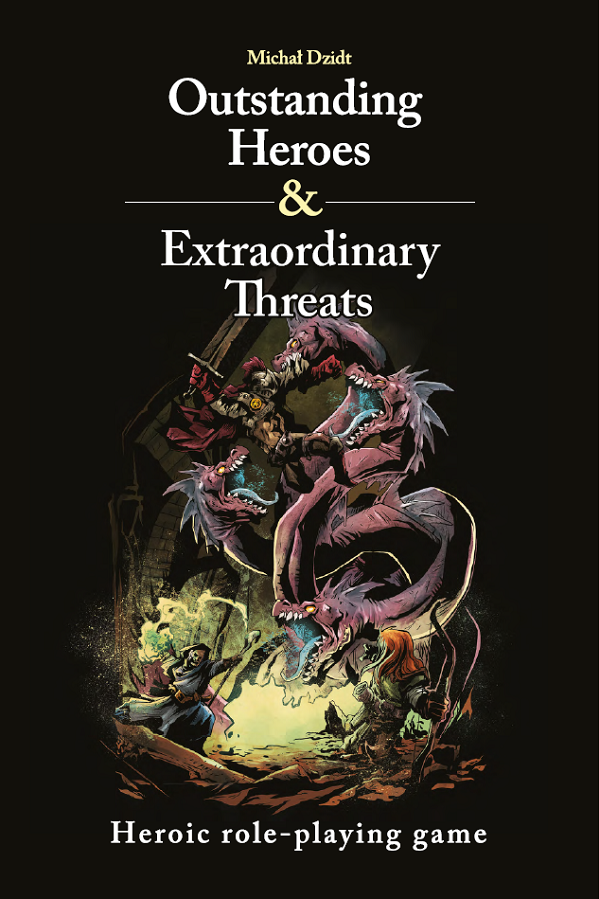 END_OF_DOCUMENT_TOKEN_TO_BE_REPLACED

(Other reports from this campaign: first session from the Game Master’s point of view; second session.)

As I mentioned in the first text on this blog, I want to write about various topics that are interesting to me. The time has come for something else than the travel reports: a completely new topic, namely one of my favorite hobbies: role-playing games (RPG). However, I do not abandon the travel reports, the new ones will appear sooner or later.

For those who are not familiar with RPG, I highly recommend reading this text and watching this film (it’s in Polish, but there are English subtitles available) first.

Meanwhile, I invite you to a report from two sessions played in the system named Outstanding Heroes and Extraordinary Threats, in short OHET (this is how the game is most often called, so I am going to use this abbreviation).

The setting in which the action took place is a universe known from the excellent books of Andrzej Sapkowski and equally excellent (although Mr. Sapkowski may not agree) video games about the Witcher by CD Projekt.

Caution: books and games set in the Witcher’s world are full of cruelty, and during the session described here it was also not avoided. You have been warned.

Casimir, a deserter, trapper and furrier, coming from Beeches (in Kaedwen).